Jack Copus was a college student when he discovered his passion for the restaurant industry. Now a SpotOn Sales Engineer with over 20 years of experience managing conflicts and working with restaurateurs, Jack looks back at that first gig with appreciation. It was the launchpad of his restaurant management career, a role that would take him all over the country and eventually place him at SpotOn.

As a barista at his local coffee shop, Jack pulled espressos as a means of earning some extra cash while focusing on his schoolwork. He’d take off his apron at the end of a shift and find a quiet place to study amid the revelry of college parties. One day, when he came to start his usual shift, the coffee shop wasn’t open at all. Jack called the owner, expecting some sort of mix-up. He was instead given an offer that would change his life forever.

His current manager could not make it work anymore, and there was nobody left to fill the role. The owner needed to find a quick replacement or else risk shutting down the entire coffee shop for good. Jack, without hesitating, volunteered to keep everything under control. Despite not having any other experience beyond making the best Americano on campus, Jack was the manager now.

As the new manager, he learned all the hidden work needed to present a seamless experience for customers. If a coffee bean grinder broke down, Jack had to learn the fastest way to get a repair order before losing customers and profit. If there was a guest upset over getting a coffee with 2% milk, Jack was there to calm them down and replace the order all while making sure they got a cookie on the house.

Once he found his tempo, Jack saw hospitality as his true calling. He loved seeing how his thoughtful planning and problem-solving translated to a great guest experience.

"The coffee shop was a chance to build a special kind of community,” recalls Jack. “Sure, it was just a coffee shop, but I soon saw how people came there to not only work, but to celebrate events, different life goals, sometimes even heartbreak. As the manager, it was really validating to see how I made that type of a difference.

His time at the coffee shop, unfortunately, came to an end after Jack tore his meniscus and MCL on the job. Since he needed to sit and heal for several months, he had no choice but to retire from the coffee shop. That’s when Jack understood that the ability to adapt could make or break any small business. When he first took on the unexpected manager role, he proudly embodied the flexibility that small businesses require to stay operational. Now, all Jack could do was rest and wait, all while trying not to feel too frustrated.

Once he was walking again and searching for a new job, a good friend in St. Louis called Jack with a new management gig at a pizza joint. He took it right away, confident that he had a solid understanding of the hustle required to keep the lights on.

Jack specifically made it his goal to solve the restaurant’s every problem, all while making sure guests still got their pepperoni pizza exactly as they ordered it. He adapted to an entirely different restaurant, serving new food items in a different dining style. He learned what to do when delivery drivers called in sick, and how to deal with two cooks who bickered in the kitchen.

After five years in St. Louis, Jack and his wife flipped a coin and let fate decide their next move: New York City. The city was filled with dining establishments and known for its cutthroat restaurant culture. Jack found himself needing to prove his worth all over again.

If you don’t have the New York experience, you have to start from the bottom, working your way until they know for a fact that you can handle the city.

Jack persisted with his signature heart and hustle for every restaurant. He was soon hired for a QSR concept. Even though the company first brought him in as a kitchen manager, he quickly received a promotion, becoming their area operations manager within six months. After a few years, Jack opened up 13 new locations.

Just as he climbed the ranks of New York City restaurants, the 2020 pandemic created space for reevaluation. Quarantine shut down the city’s restaurants and left Jack unemployed, itching for a sense of stability that didn’t require him to sacrifice his values. More importantly, Jack wanted to work with restaurants beyond the actual restaurant space itself. He had already felt the stress as the pandemic started to unfold. He was burnt out from navigating conflicts.

“I really had to do some soul searching during the pandemic,” Jack says. “I knew things were never going to be the same. So my wife and I decided to take a road trip from New York to Los Angeles. The entire time, I was thinking about what I could do to feel fulfilled, knowing what I know. I started to reminisce about how I used to geek out on technology when I was younger.”

Enter SpotOn, where Jack now uses his years of wisdom and knack for tech exactly as he’d imagined. First, in sales and then as part of the sales engineering team, Jack presents demos of SpotOn's restaurant point-of-sale technology to restaurant owners. He’s proud to show them how they can leverage new tools to overcome inflation, short staffing, or any other issues they need to overcome.

“Every time I complete a demo and see clients with that aha look on their faces, I truly feel I was put on Earth at that exact time for a reason. I’ve worn an apron serving guests for my entire career, but here I get the opportunity to turn that apron around, so I can feel like a superhero.” 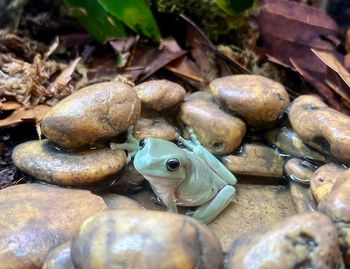 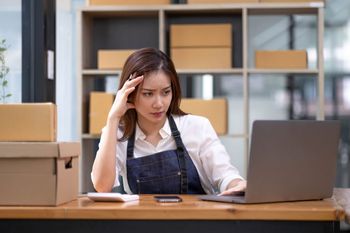 "Unfilter" Hidden Positive Reviews on Yelp to Boost Your Score